Camp Bosco (formerly Camp Tygart) has been operated by The Diocese of Wheeling-Charleston since 1965 and offers a wide variety of faith based recreational activity for children ages 8 to 17 years old. This project involved a 2,800 SF addition to the existing dining hall facility including a complete commercial kitchen upgrade plus a new 5,200 SF two story Dormitory. Both structures were designed to provide a timber framed appearance while being conventionally framed.

Jarrett Construction Services, Inc. mobilized in November 2014 to begin selective demolition of the existing dining hall and prepare for the addition. Excavation for the dormitory foundations soon followed the dining hall foundation excavation.

After the foundations and concrete slab for the dining hall addition were in place, structural steel erection began which included reinforcement of the existing structure where the addition will tie into the building and eighteen columns set along the length of the building to accept nine 4-ply roof trusses.

Exterior walls of the dining hall addition were framed with 2×6 lumber and sheathed in OSB on CMU knee walls to match the existing structure. The original plans called for the use of engineered timber trusses however we Value Engineered the use of the 4-ply roof trusses and then wrapped them in rough grade pine to provide the required appearance saving the Owner over $100,000.

The dormitory structure was predominately wood framed but still used ten tons of structural steel to minimize interior load bearing walls and provide support t for the hybrid trusses, which were field assembled, and carried the 6×10 roof timbers. Structural Insulated Panels were used on the roofs of both buildings to provide the most thermal efficiency for the open nature of the designs.

Interior finishes of both buildings used mostly wood material including grooved barn siding for the ceilings, structural timbers were stained and left exposed where possible, windows and doors were trimmed in simple flat stock, and the dormitory interior and exterior stairs were framed much like deck stairs to continue the rustic theme. Epoxy floor coating was used in the dining hall and vinyl marmoleum was used in the dormitory.

The new commercial kitchen installed for the dining hall provided modern cooking equipment to keep up with the increased seating capacity. Included in the new equipment was two large double convection ovens, two deep fryers, one six burner range with oven, a large central prep table including vegetable sink, and improved pass through windows for serving. Improvement to the fire alarm system and the addition of a new sprinkler system for the dining hall ensures the new facility will be protected. 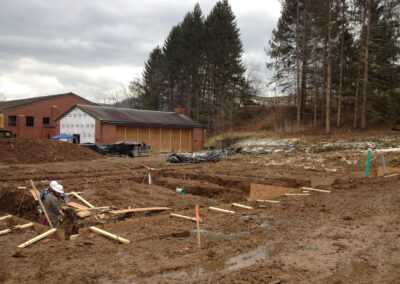 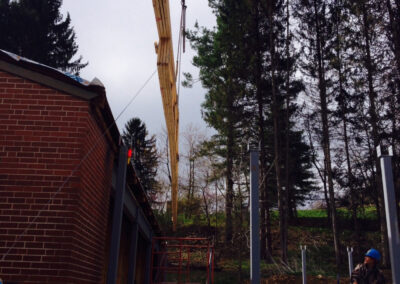 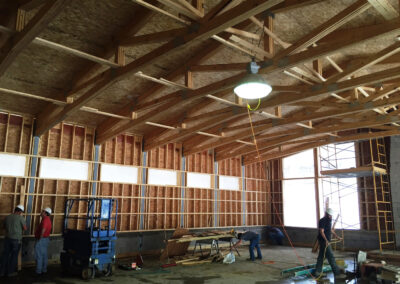 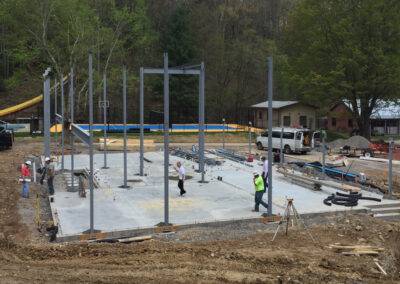 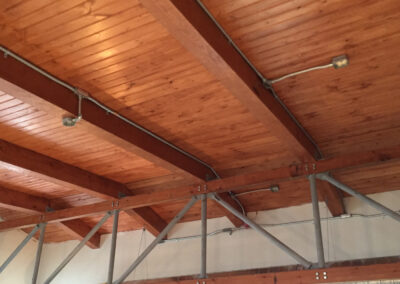 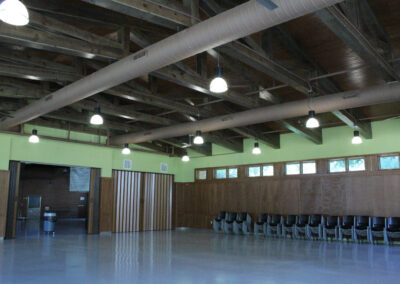 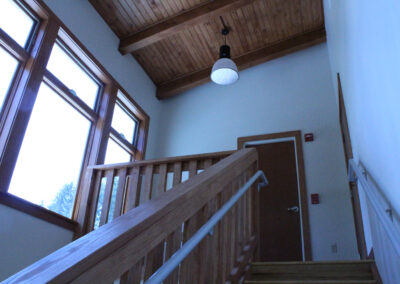 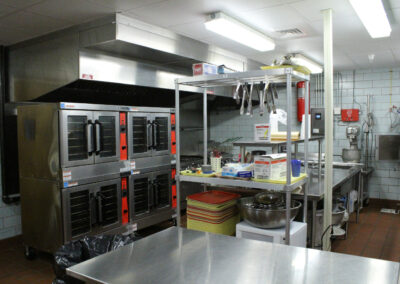 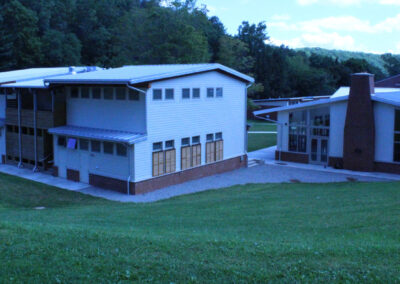 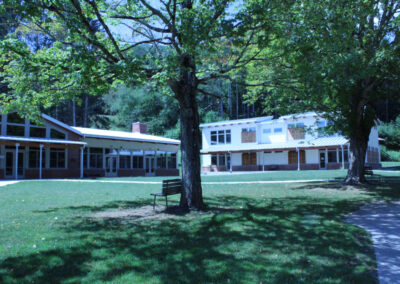